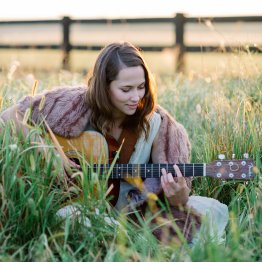 During the week of October 14 – 20, I recorded four more songs with Kyle Miller of Lore Audio Provisions in Flagstaff, AZ, completing a debut six-song record to be released in 2020.  To read about my previous recording session with Kyle, click HERE.

To prep for that week of recording, I had demoed out three of the four songs at home and had a solid grasp on what I wanted to make, but the fourth was troubling me. The song I wanted to record most was the one that posed the most risk for me; it’s a satirical, spicy, mixed-bag song written directly to a person I don’t actually know by whom I felt unjustly targeted and attacked. To be blunt, I was scared of coming off as bitchy, calloused, and shallow. The song resonated with so much emotion and truth for me though, and I think I was just waiting for some sort of cosmic confirmation that the song had to be made.

A couple of weeks before my studio time (and about eight months after she initially decided I was her enemy), the person to whom I wrote that song found me online and lashed out at me with some truly hateful, nasty words.

The song made the record.

A Peek of the Week in Bullets

If all goes well, I’ll be releasing the first single from the album in January 2020. 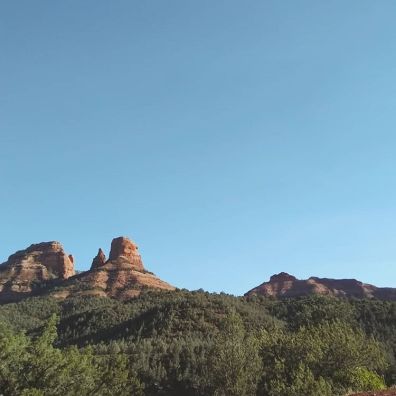 Photos from an evening in Sedona. Top right, Amitabha Stupa and Peace Park.

In late September, I met up with photographer and stylist Jen Gail Gray in Marshall, VA. Her photoshoot and interview with me are featured in the November issue of Middleburg Life, to be released on November 6th. The article should be live online later in the week at this link. Follow Jen on Instagram @gailseverafter.

On October 25th, I played my first show for Sofar Sounds in Richmond, VA at the Black Iris Gallery & Social Club.

If you’re unfamiliar with the concert series, it works like this: Sofar’s site explains that “a Sofar gig is an intimate show held in a unique venue, like someone’s living room or an antique shop. It typically features three artists, playing four songs each. Every lineup is specially curated to give our audiences a diverse show.” The kicker is that the audience members apply to purchase concert tickets for a specific city and date without knowing the venue or the artists; they’re in it to discover and really engage with musicians in a new environment.

The show was so good for me. The room was full of the kind of listeners I crave. Even though I was one of six people dressed up for the Halloween theme (in full skeleton cowboy garb, mind you), I felt the audience soaking me up with genuine respect and love for the stories and the delivery. They laughed and applauded and made me feel heard; they received my songs, allowing me to be the giver I want to be.

The cherry on top: sharing the night with talented folk. For beat-boxing, check out Exacto (@exactobbx). For rock’n’roll, check out Prabir (@prabirrva). And for an exceptional sound guy, check out Matt (@ryelisky). Thanks to Erica for organizing the event.

I’m so excited to be making a music video for the first single off the 2020 record with director/cinematographer Levi Magyar and his team on November 8th and 9th. I don’t want to give too much away, but I’m still looking for extras to be in a scene on Saturday the 9th, 1-5pm. Shoot me a message on social media or at mhicks.musician@gmail.com ASAP if you’re interested.

Email subscriptions: Thank you to everyone who has subscribed to this newsletter via email! During the last weekend in October, over thirty people signed up!

If you haven’t subscribed yet, use the “Subscribe” button on the website OR email me at mhicks.musician@gmail.com so that I can send you an invitation to subscribe. Please, make sure to invite your friends and family to subscribe as well. I’m happy to send invites to any email addresses you send me.

Special thanks this month to my partner Tanner Carlton and my best friend Val Amster. Also, Kyle and Gretta Miller, Ben Lippard, Levi Magyar, Jen Gail Gray, Craig Dye, Michelle and Kevin Gates, Tyler Cebula, Francine Jones, Rebecca Zinn, Menzie Pittman, Eric and Mandy Keene, Brian Lichorowic, Dan Barrett, and everyone who made it out to a show and/or engaged with me on social media in October. ♥

National Suicide Prevention Helpline
1-800-273-8255
What is PTSD?
What is C-PTSD?
How to Help Someone With PTSD